“Dominic’s experience with election integrity issues, community service, and business make him the perfect candidate to serve as Secretary of State.  As a good friend of our organization and community, we are confident that Dominic will create processes and policies that support us through limited government, election protection, and nonpartisan practices.  Dominic is a patriot, a principled thinker, and a strong leader and we are incredibly proud to offer this endorsement." 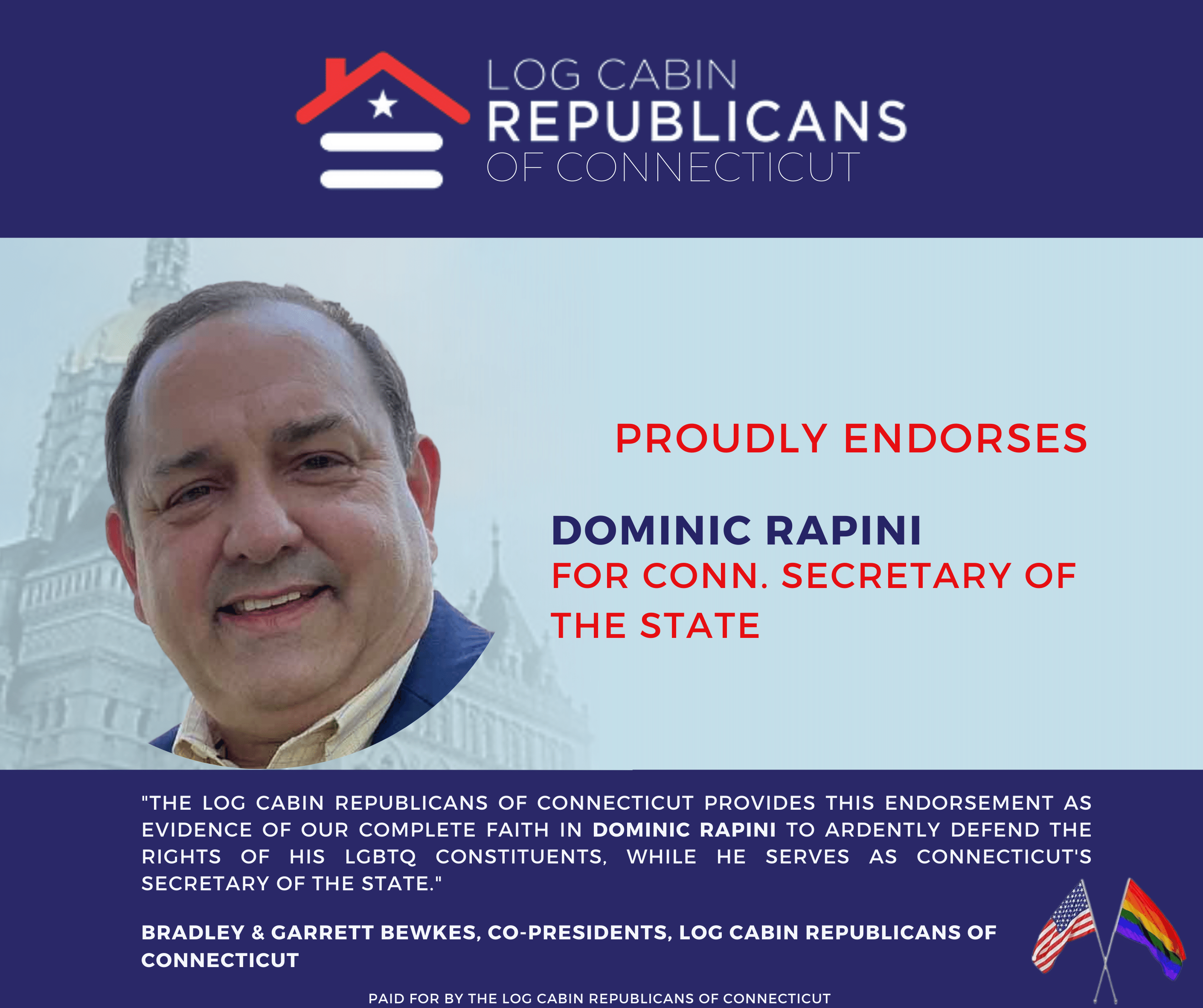 Dominic Rapini is a lifelong resident of New Haven County, where he lives with his wife Susan and their three grown children and their adopted family. A Neuroscience major as well as a football and track star, Dominic graduated from Trinity College in 1983 and for 32 years, has coached more than 1,000 young men in Pop Warner football.

Now in his 25th year in Apple, Inc.’s Consumer Electronics Division, Dominic has enjoyed a successful career and has twice been named Salesperson of the Year.

From 2018 through August 2021, Dominic was engaged as a grassroots organizer focused on election integrity issues as the board chair of Fight Voter Fraud, Inc. In this capacity, he helped lead the fight for election issues and used that experience to engage voters and lawmakers on the issues while developing a network of election professionals, advisors and experts in Connecticut and nationwide.

In 2020, Dominic graduated from the highly regarded Charter Oak Leadership Program. He is a member of the Branford Republican Town Committee and is a board member of Grass Roots East, a Federal PAC for the Second Congressional District.