“Leora has worked tirelessly for years to keep Republicans motivated in Connecticut while we see the Left’s extremism fail on all fronts. She’s fought for a party that is principled, local, and inclusive – all things the Democrats in our great state are not.  We’ve been so impressed by Leora’s ability to gather people around a good cause, stand up for what she believes in, and lead in the time of crisis. We believe Leora will best represent Connecticut’s minority constituents in the U.S. Senate, and look forward to removing our Communist-supporting far Left Senator, Dick Blumenthal, once and for all." 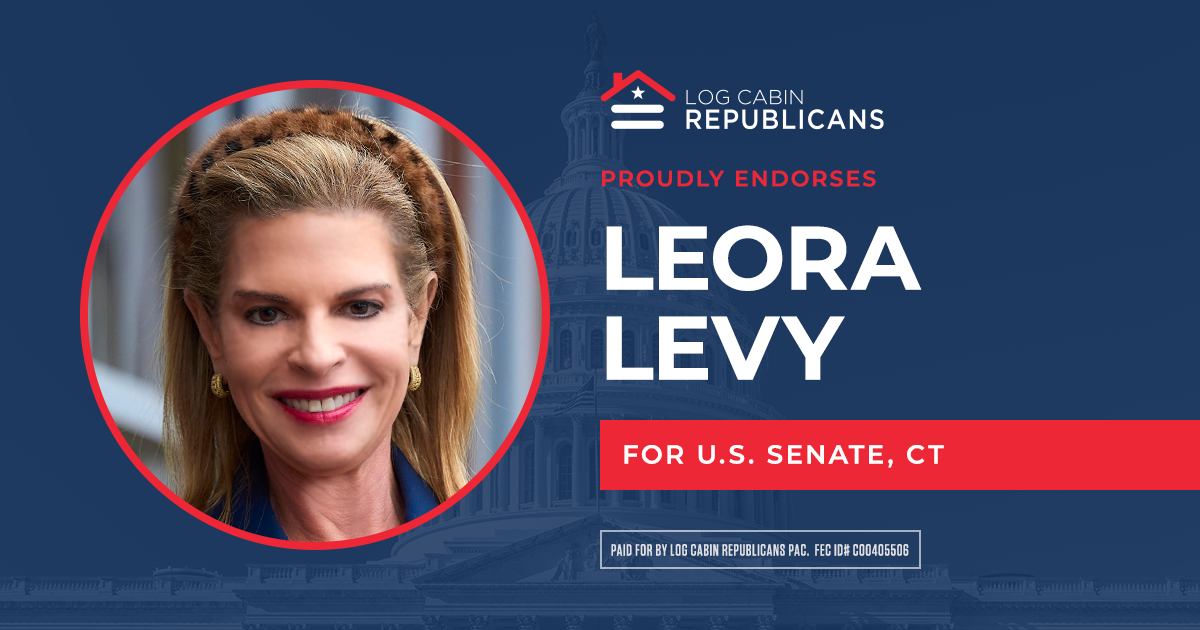 "Leora Levy is a wife, mother, and devoted member of the Republican Party who fled Communist Cuba with her family in 1960 to pursue the American Dream. Leora has served as the RNC Committeewoman for Connecticut since 2016 and has worked to help Republicans get elected all across Connecticut and the country. Leora’s driving principle of “tikkun olam” is admirable and truly exemplifies her good character as someone who wants to give back to her community. Log Cabin Republicans is honored to endorse Leora Levy in her bid to represent Connecticut in the U.S. Senate, knowing that she will fight to secure our southern border, get our economy back on track, restore accountability to our government, and protect our individual liberties."

Leora has served as Finance Chair for the most recent gubernatorial campaigns in Connecticut, for Tom Foley (2014) and Bob Stefanowski (2018), as well as for the Connecticut Republican Party from 2013 to 2015. She has helped Republicans in Connecticut and nationwide for over forty years, and has served on the Finance Committees for the RNC, the National Republican Senatorial Committee, and the National Republican Congressional Committee. Leora has hosted and organized events for Republican Party organizations and candidates from around the country, welcoming many of our Republican national leaders to her home in Greenwich.

Leora has supported our active duty military and veterans as a Director of Soldier Strong which provides exo-skelton suits for paralyzed veterans, enabling them to stand up and to walk, and through her support for ECAD, an organization that trains and provides service dogs for our veterans. In 2009, she also organized a project to furnish the first two MTBI clinics for our wounded soldiers in Afghanistan at Bagram Air Force Base and in a remote Afghan location.

Leora graduated from Brown University (A.B. International Relations) in 1978 and was a trader at Phibro Salomon, one of only a handful of women worldwide in that position at the time. Leora and her husband, Steven, have lived in Greenwich for 34 years and have raised three sons and seven dogs there.