"Mike has been a long time friend and ally of our community and inspires us with his continued support of Log Cabin Republicans of Connecticut.  As a family man, a patriot, and a principled thinker, we are confident that he will best represent the diverse residents of our State and our Country.  We couldn’t be more proud to endorse the best candidate that Connecticut's 2nd congressional district has seen in decades.” 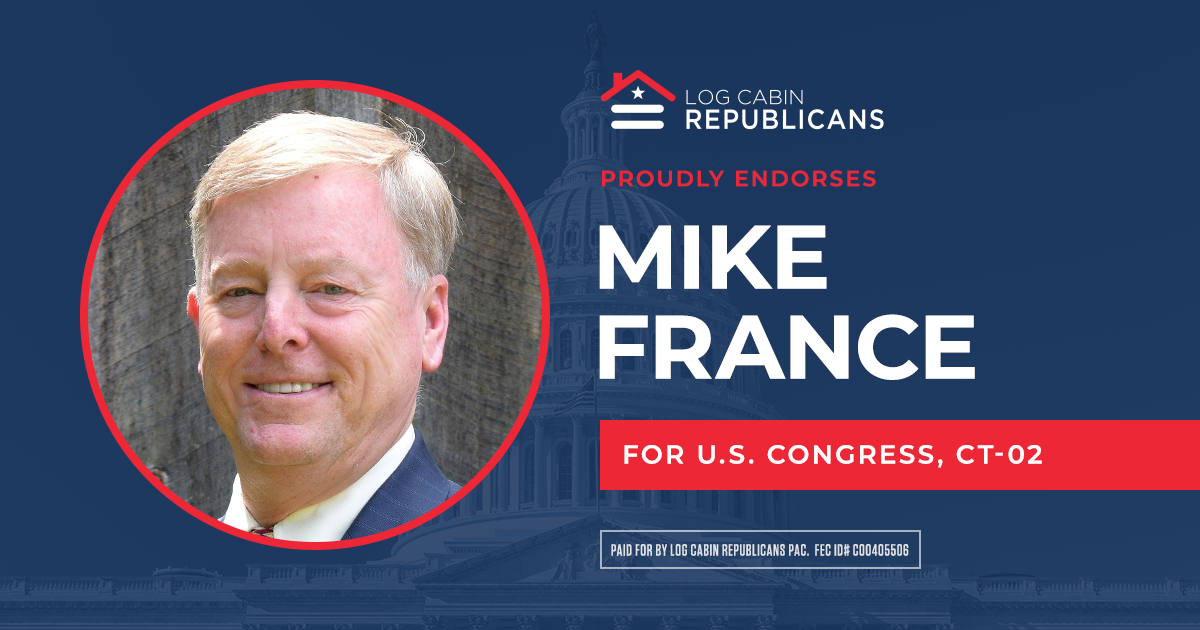 "Mike France is the husband, father, experienced legislator, engineer, and community leader that Connecticut needs in Congress. Mike has a track record of winning in tough races and has what it takes to unseat career politician Joe Courtney.  Log Cabin Republicans is proud to endorse and support Mike's bid to represent Connecticut's 2nd congressional district knowing that he will stand up to expand economic opportunity, defend our men and women in uniform, and protect our individual liberties."

Mike France is a career Naval Officer who has dedicated his entire adult life to the service of our nation. Mike is a well-known legislator who previously served on the Ledyard Town Council and chaired the Finance Committee. He currently serves as the ranking member of the General Assembly’s Appropriations Committee and is also a member of the General Administration and Elections Committee. He is chair of the Connecticut General Assembly Conservative Caucus, a 15-member group that describes itself as “dedicated to the principles of limited government, economic freedom, and individual liberty.”