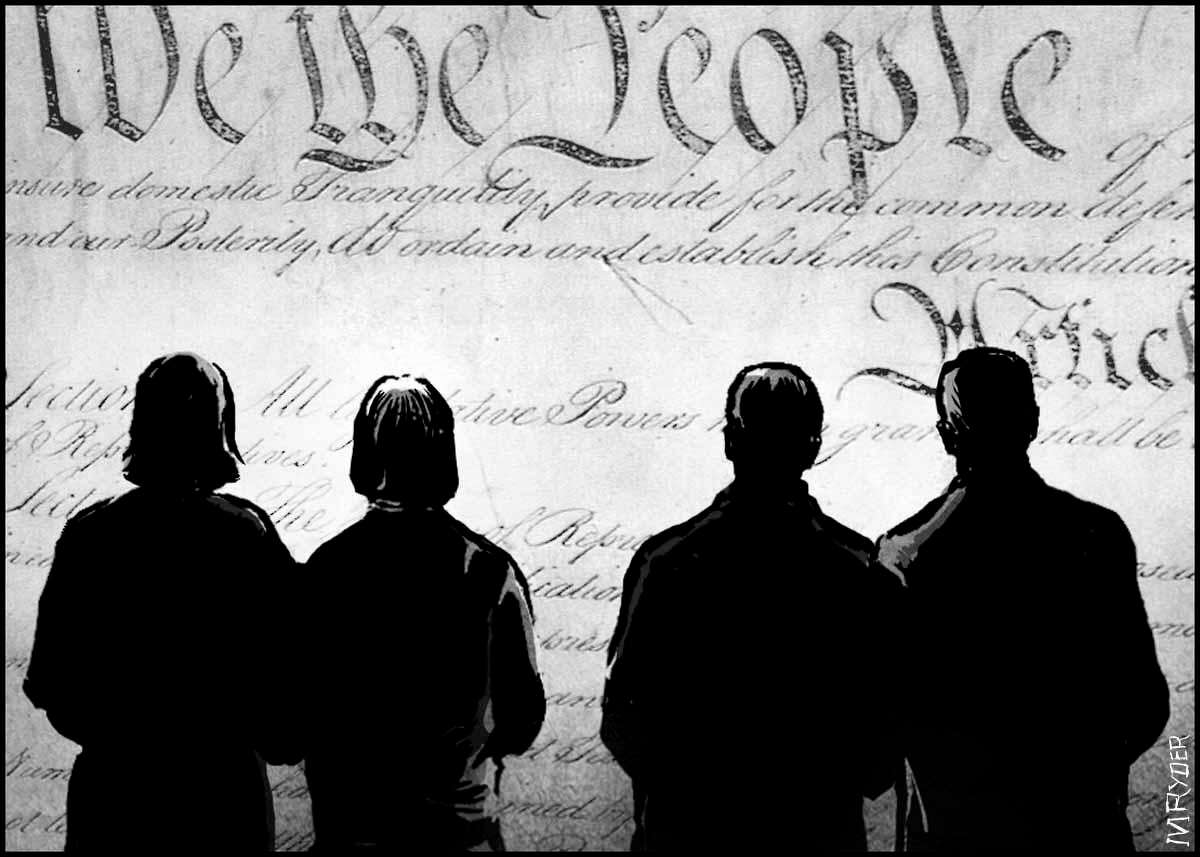 In fact, Republicans are inclusive of the LGBTQ community.

I was saddened to see Robin Druckman, new chairwoman of the Democratic City Committee, resort to unfounded allegations that Josh Esses, the new president of the Stamford Republican Town Committee, is anti-LGBTQ. I can tell you from personal experience, this simply is not true.

As a married gay man, an elected Republican official, and a great friend of Josh, I submit that Josh is one of the most inclusive and supportive people that I know and that he is entirely welcoming of the LGBTQ community.

The only people that have been exclusionary of my husband, Garrett Bewkes, and me are other members of the LGBTQ and Democrat communities who have shunned us, broken off friendships, and gone so far as leaving our house in the midst of a holiday weekend visit once they found out we were gay Republicans.

Here’s a wake-up call to everyone: Republicans are not anti-LGBTQ. As a lifelong Republican from Wisconsin, and now having resided on the East Coast for more than 20 years, I’ve never experienced anyone in the GOP do anything besides welcome me with open arms.

A recent example of this was when both Garrett and I separately won Maverick PAC’s Future 40 Award. Just before Mike Pompeo was going to give the keynote address, Fritz Brogan, then chairman of Maverick PAC, said on stage “We are so proud that this is the first couple that have both received this award, and especially because they are husbands!” Furthermore, Garrett has served as the publisher of National Review, the leading conservative thought journal founded by Stamford’s own William F. Buckley Jr., for five years.

Does that sound like the rhetoric that CNN, MSNBC, and most other media outlets are sharing with the world when it comes to Republican values? It sure doesn’t. The Democratic Party, Mass Media, and Big Tech have been trying to convey that all Republicans are anti-LGBTQ for years. Our conservative values may offer a different approach to issues — that doesn’t mean we are innately anti-LGBTQ.

For these reasons and more, Garrett and I have recently founded the Connecticut chapter of the Log Cabin Republicans, an organization that has been around for more than 40 years. Log Cabin has almost 90 chapters around the country and thousands of members. We’re creating a “home” for people who are just like us, our allies, and our friends; those who have been continuously excluded from left-veering social circles and events and slandered in the media simply because we are gay or Republican or both.

Here’s another fact: the Republican Party is moving forward. While there are many religious conservatives who still may take issue with gay marriage — which I fully respect as it is their God-given right to do so — the future of the party is one of inclusion and acceptance. Ronna McDaniel announced last fall the formation of the RNC’s first “Pride Coalition” and currently, on the RNC website, there is an area for Republican Gay Outreach with the statement “The GOP is the Party for all.” Our own Connecticut GOP chairman, Ben Proto, headlined our Log Cabin Republicans 2021 Holiday Party. Now that is inclusive.

So, Robin, and other Democrats who feel the need to make personal attacks on and ostracize Republicans by calling them anti-LGBTQ, racist, or whatever other derogatory names you conjure — please take a deeper look into your own actions. Are you being inclusive by doing so?

Bradley Bewkes is a District 1 member of the Stamford Board of Representatives, chair of the city Land Use Committee, co-chair of the Charter Revision Committee, deputy minority leader, and co-president of the Log Cabin Republicans of Connecticut.

This is in response to the March 19 news article, “Meet the new face of Stamford Republicans. Will Esses create a ‘positive impact’ or ‘extreme right wing agenda’?”